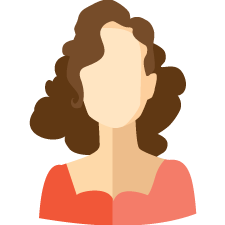 Hello, my name is Rhonda. If you have financial goals, this blog can help you achieve them. A few years ago, I realized that I didn't have a good plan for my future and I wondered if my financial needs would be met after I retired from my job. I immediately started planning for my future by speaking with a financial advisor and I learned a wealth of information at our meetings. By following the recommendations of my advisor and by learning everything I could about finances and money, I now feel very secure about my future. If you need financial help for retirement planning, college savings or even for an emergency fund, you can get sound advice by reading my blog. I believe that by following a few basic strategies, everyone can meet their goals and be financially secure.

Who To Call When You Need Bail Money

If you are ever arrested for a crime, you may be able to get out of jail on a bail bond after you see the judge. Depending on the crime, the bail can be set pretty high and if you don't have the cash to bail yourself out, knowing who to call and what the process is can help.

For most people, an arrest is not something they are prepared to handle. Once the judge sets bail for you, you need to come up with a percentage of the cash to get out of jail. The bail amount may be set high depending on the nature of the charges, so often, calling a bail bondsman to help you get released is the only option

You will need to have some cash for the bondsman to be willing to get you out of jail, but most bond companies will allow you to pay ten percent of the bond upfront.

Who Else Can Pay

If you don't have the percentage of the bond available to you, most bondsman will allow a third party to pay the bond but the contract for the bond now rests on that party and yourself so if you make a mistake or do something wrong, the third party can request the bondsman take them off your bond and revoke the bail, sending you straight back to jail.

Involving a third party in the bond process should be a last resort and it should only be someone you trust completely. Your parents, spouse, or close family relative is fine, but a friend from work or a girl you just met recently are not a great candidate because they may not know you well enough to be comfortable with the situation.

It is common to hear that someone put up their house as collateral on a bond and if you skip bail they will lose their home. The reality is, that is not very common anymore because if you do jump bail, the bondsman has to go through a lengthy process to seize the home and sell it to get their money back. Most of the time, it would take months if not years for the bail bondsman to recover their loss that way.

Smaller, more liquid items may be better collateral because they are more easily sold, but the process of seizing the property is still lengthy and most bail companies do not want that headache.